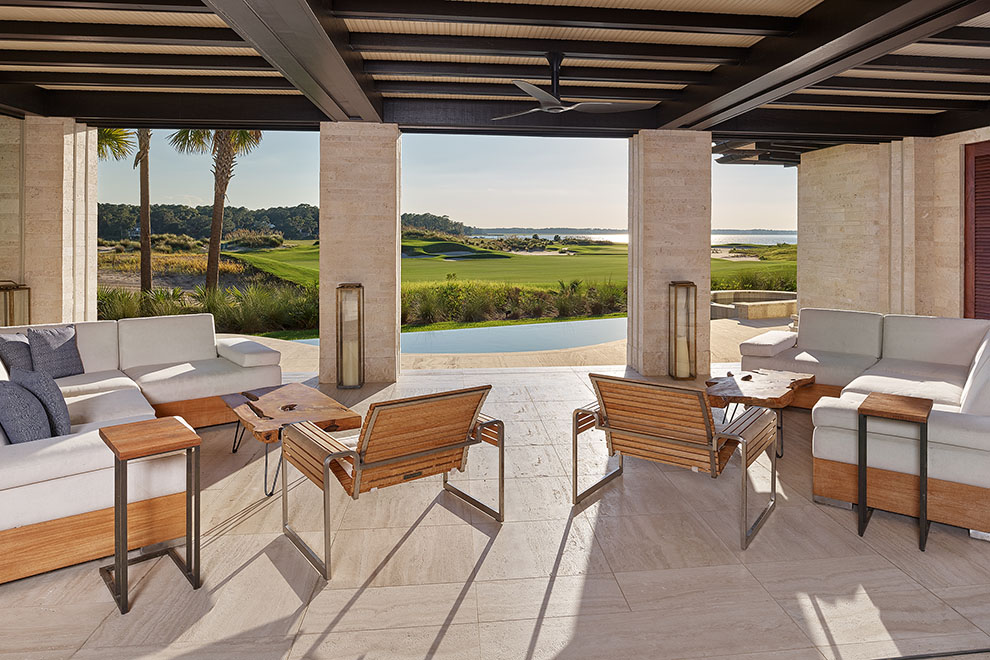 That pools are generally a desirable feature in a home goes without saying. But while they may be included as a formulaic part of construction — or as an added afterthought — they are the exact opposite for chief architect Marc Camens.

For him, pools are an integral part of architectural design — just as much as a home’s four walls.

Nearly 100% of the 100-plus homes he has designed on Kiawah Island have pools.

Sure, it’s because maximizing outdoor living space in the Coastal Carolinas is of premier importance. But, for Marc and his team at Camens Architectural Group, the power of a pool goes way beyond it being a square, recreational feature. 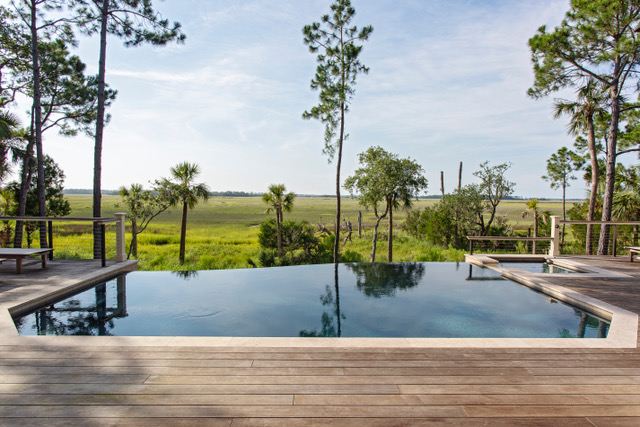 Pools As A Sensory Experience

Water is such an elemental piece of humanity — the human body is roughly 60% water — so it only follows that water serves as an incredible element for the architectural design around us.

It’s nurturing, restorative, and even energizing. It can also provide a spiritual, emotional, mental, and physical experience. The strength of H20 inherently lies in its ability to engage the senses: sight, sound, touch.

Thus, pools can serve many purposes in a home, from inviting in recreation and swimming to creating Zen spaces of meditation and calm. They also have the ability to activate color, reflectivity, and soothing white noise within a home. 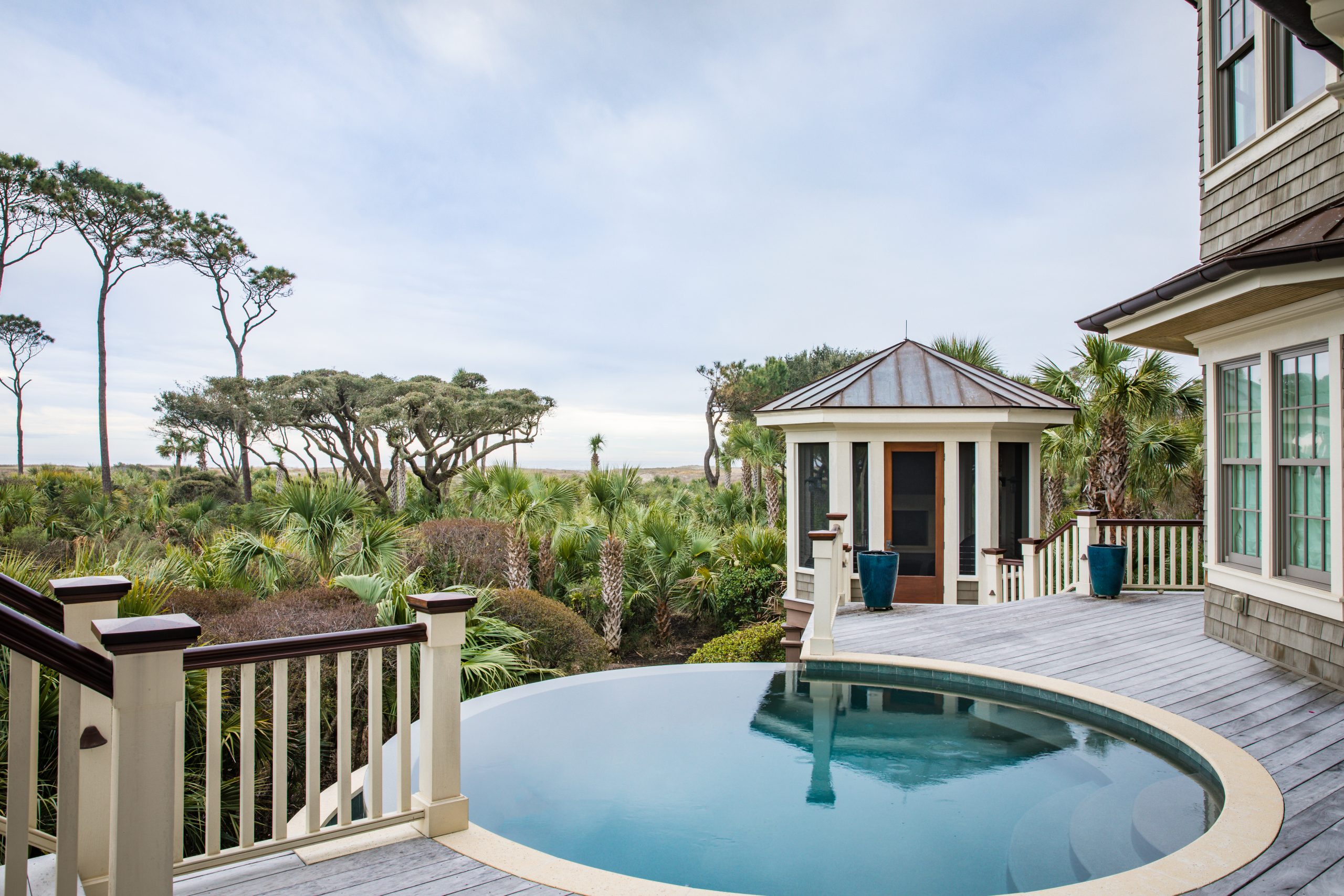 At the core of biophilic design is connecting homeowners to the nature around them — and it’s something Marc does intuitively in every project with water elements and more.

One of Marc’s founding architectural design principles is always working from the inside out to fully understand the interaction between the home and the site and how the owners want to live in their space —  and that includes the pool.

He often organizes and orients the floor plan to encompass the pool as an outward focal point. Sometimes the pool even takes on organic, curved shapes to flow with the landscape around it. 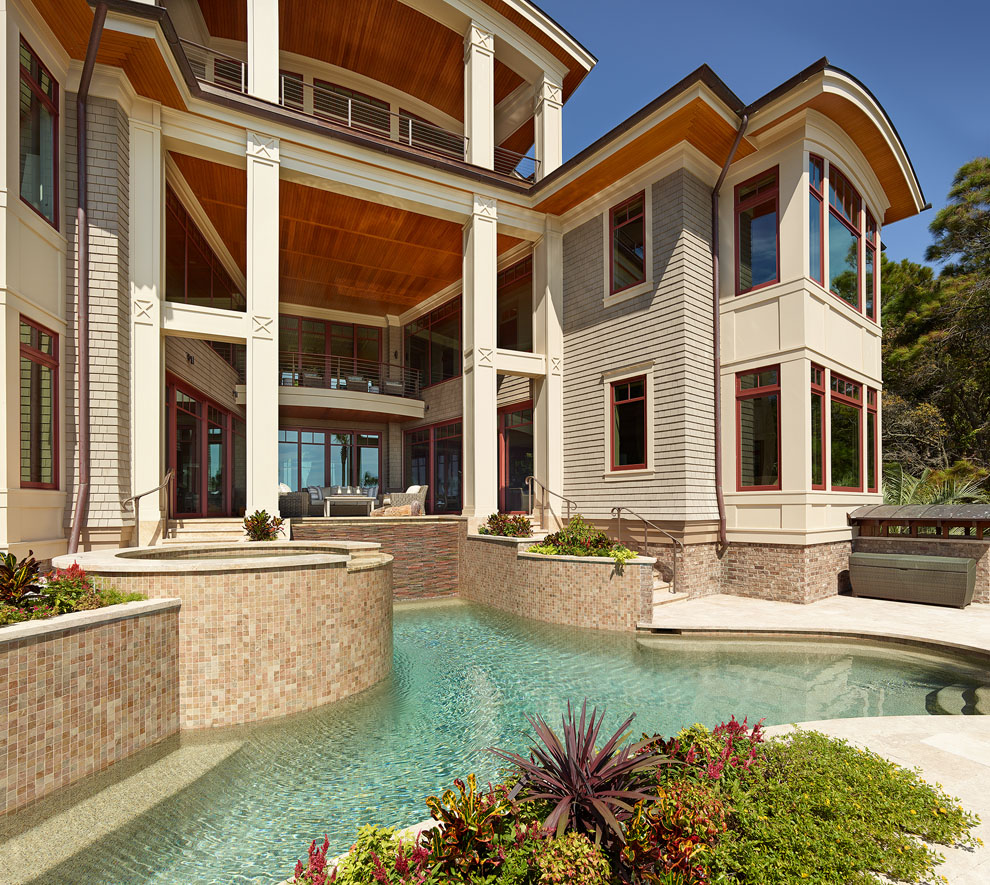 A prime example of Marc’s attention to detail in maximizing a pool and its view is Royal Beach. In this property, the pool is unique because it’s raised above the dunes, ensuring the ocean is still visible while swimming.

To achieve this elevation, Marc and the owner climbed a ladder several times to ascertain the best height and vantage point for the pool.

Organically integrating the landscape and surrounding nature of a site also means prioritizing the views not only from the exterior, but also from the interior living spaces. The pool serves as a transitional point between the home and the natural elements beyond, including the ocean, the horizon line, and the sky.

This is one of the reasons why endless-edge and disappearing-edge pools are so commonly used, as you can see in Somerset Point. The illusion is that the water is flowing into the body of water that lies beyond, creating an uninterrupted view path.

At Camens Architectural Group, we love activating the power of a pool in Coastal Carolinas architectural design. Let’s chat about your homebuilding dreams and personalizing an interior and exterior space that’s perfectly suited to you.